How Did Houdini Die?

Harry Houdini was one of the greatest illusionists in history. Even today, over 90 years after his death, he continues to be considered a legend. His escapism tricks impressed the whole world, and many variations are currently still being practiced by magicians today. However, this great magical talent died young, at 52 years of age, in, for some, disputed circumstances. Do you know how it happened? At oneHOWTO, we'll tell you all about how Houdini died.

You may also be interested in: How to make a coin disappear
Contents

Erik Weisz was born in Hungary, in 1874, into a Jewish family. His first contact with magic came when he was 9 years old when his father took him to see a travelling magician. It impressed him so much that, at this young age, he decided to perform his first magic show. This show included contortion tricks and a balancing act on a trapeze, with some other children.

When he was 13 years old, his family emigrated to the United States, to the evolving city of New York, where the teenager continued to study magic. During his training as a magician he was influenced by two things that helped inspire his stage name. First a book, The Memoirs of Robert Houdin, a French illusionist from whom he would borrow his surname. And second, Harry Kellar, a famous American magician who would also give his name to this great escapologist.

Harry was not only a magician and an illusionist, but a true scholar of magic in every way. He had a profound knowledge of the profession. This allowed him to become a legendary magician, especially when it came to escapism. Houdini managed to get out of locked safes, unchain himself under water and remove all kinds of restraints. He became the most famous illusionist of his time.

Metamorphosis was, of course, his most famous trick. The illusionist would be tied up and put in a bag, which was placed inside a case before being chained up and locked. With the help of an assistant, the curtain would lower for a few seconds, and when lifted again, Houdini would have escaped the case. Furthermore, in his place, inside the box would be his assistant.

This was one of his most famous tricks and that he repeated throughout his career. It reached such popularity that even today, magicians around the world continue to reproduce it. He would free himself from handcuffs, escape from straitjackets and other restraints. The Houdini escape became his trademark trick. On every tour he could always count on hundreds of spectators.

How did Houdini die?

Harry Houdini died at the young age of 52, and in circumstances which seemed very strange to many people. But these were no more than a few coincidences.

So how did he die? The illusionist maintained a great physique that ensured a great deal of strength and resistance. That is why in October 1926, after a performance in Montreal, a group of students challenged him to a punch in the abdomen, to prove his strength. He accepted, but the first blow, from the hand of a university boxer, struck him unprepared. Although he managed to win the challenge, the blows carried a serious consequence. His appendix, already inflamed by appendicitis, rapidly deteriorated into a bout of peritonitis.

A few days later, after suffering from pain and fever, Houdini fainted during a performance. After being admitted to hospital, the performer died from a ruptured appendix on 31 October 1926.

There are claims that the punches killed the famous magician. Yet, Houdini already had appendicitis for some time before. Being punched did not significantly trigger the inflammation and the side effects he endured.

Another common myth about Houdini's death is that he died onstage during a trick. This is only true in the Houdini movie starring Tony Curtis. The real magician died in hospital several days after his final performance.

The death of Houdini and the secret code

Besides being a great illusionist, Houdini struggled greatly against spiritualists. He considered the spiritualists as thieves, guilty of deceiving people and playing with their feelings. For many years he focused on proving their tricks to be lies and he wrote in great detail about their deceptions.

In a bid to prove that they were no more than a group of charlatans, before Houdini died, he and his wife Bess came up with a code that only she would know. He told her that if ghosts could communicate with the living from beyond the grave, he would do so with his wife by using this code. The secret code was "Rosabelle believe", as Rosabelle was their favorite song. For ten years, Bess held yearly seances on Halloween after Houdini's death. Many spiritualists tried to establish contact with the magician, sometimes claiming that they had done so. But his wife never received the code. After a decade of waiting, she decided not to hold anymore séances.In honor of Harry Houdini, every 31 October many magicians around the world hold seances to invoke his spirit.You may be interested in these oneHOWTO articles:-How to Make a Coin DisappearHow to Make a Coin Disappear Under a Glass

If you want to read similar articles to How Did Houdini Die?, we recommend you visit our Crafts & leisure category.

How To Make A Coin Disappear Under A Glass
How did Bruce Lee Die
How Did Alexandre Selkirk Survive On The Island
How to Contact Deepika Padukone
Most read
1.
How to Mix Paint Colors to Make Beige - What Colors Make Beige?
2.
How to Draw a Perfect Pentagon
3.
How To Recognize Gang Graffiti
4.
How to Make a Pyramid out of Cardboard
5.
How to Make a Cube out of Cardboard
6.
What Colors Make Fuchsia With Acrylic Paint
7.
How To Make Musical Instruments At Home
8.
What are All the Minion Names

How Did Houdini Die? 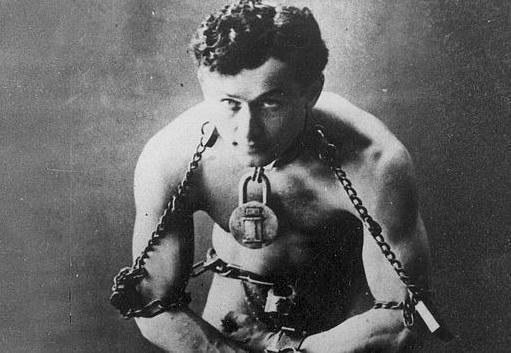 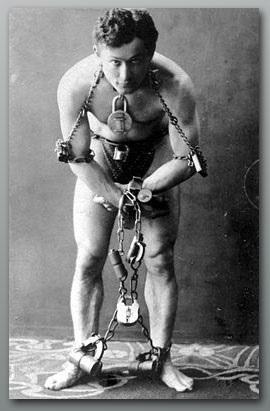 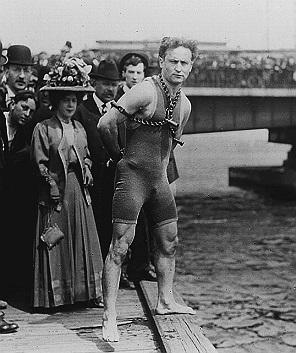